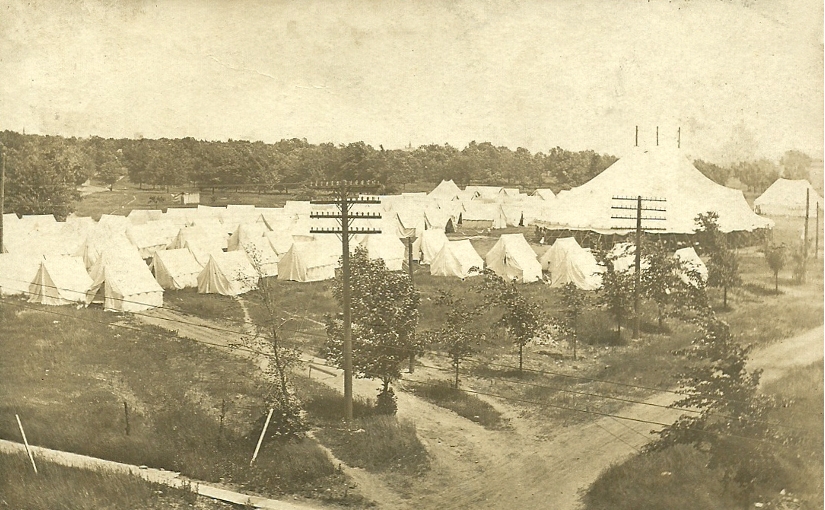 As early as 1858, thought was given to having Seventh-day Adventist meetings in the “western” states like Minnesota. On April 8, 1858, in the R&H (Review and Herald), none other than James White, himself, exclaimed:

“We still feel deeply interested for the cause in the West … We feel anxious that much labor at present should be bestowed upon Ohio, Michigan, Indiana, Illinois, Wisconsin, Iowa and Minnesota, only because we believe this to be the will of God. and will prove the salvation of most precious souls.”

But even though the work was begun in these “western” states, efforts mostly concentrating on tent meetings provided for local audiences, more than another decade would pass before the first official “camp meeting” would be held in Minnesota. The work in these “western” states was hampered by a variety of factors, one being the problem of a few Adventist ministers who had carried erroneous doctrines and greatly mis-represented the church, creating animosity amongst the very people for whose souls they were to labor. Such included ministers J. M. Stephenson and D. P. Hall who were avid horse-traders and were known more by their unscrupulous horse trading than they were by a Godly spirit. One experienced horse trader in Wisconsin lamented that “Dwight Hall was the sharpest horse-jockey in Fond du Lac county.” (R&H, May 6, 1858)

And yet, there were also ministers in those early days that labored intensively, sacrificing their health and enduring unspeakable trials to bring the gospel to the settlers of the “western” states. Some of these were Washington Morse, William S. Ingraham, Stephen Pierce, Harrison Grant and W. B. Hill. By 1859, small meetings had begun to be held in Minnesota with positive results. A report was published in the R&H, March 29, 1860, from Bro. M. W. Porter of Mantorville, Minn.,

“We are beginning to see the truth work in our country, and we are resolved to keep pace with it. O brother Smith, how glad I feel for the truth. If we love and obey it, it makes us free; it makes us love one another so well. As one of those who embraced the truth here a short time since said, he wished the members of the church of which he had been a member, knew just how well Adventists loved each other. How much good the love that was manifested last fall by the brethren and sisters has done me! It speaks louder than words. It tells the pleasing story that the God of Israel is in the camp of his people. It seems as though We all belong to our Father’s family. I think we know the meaning of the apostle when he says, ‘Love one another with pure hearts fervently.”

By the late 1860’s however, God had moved forces into place to prepare the way for a state-wide meeting of His believers. For one thing, travel had been greatly enhanced with the arrival of the railroads. The History of Dodge County (pg. 8) reports,

“The iron horse came to Dodge County with the building of the Winona and St. Peter Railroad (now the Chicago and Northwestern) from Rochester to Kasson in 1865, and from Kasson to Owatonna in 1866. In 1890 a branch of this road was constructed from Kasson to Mantorville, a track 2.9 miles in length. This branch was discontinued in 1932.”

It is no wonder, then, that in 1869 it was determined that the first Minnesota camp meeting would be held at Elder Ingraham’s farm between Wasioja and Mantorville. God had provided, through the railroads, a means for Adventists across Minnesota to more easily congregate for fellowship.

Of course, the existence of the railroads still didn’t create an experience of ease for those attending camp meeting. Campers still had to contend with uncertain weather (tornadoes and thunder storms in particular), challenges like the grasshopper plagues (most notable in 1875 – read Laura Ingalls Wilder’s “On The Banks of Plum Creek” for a vivid tale of these plagues), and the trials of setting up camp with heavy canvas tents, stuffing bedding ticks with straw, and dealing with the sanitary issues attendant to a large gathering with none of our modern-day plumbing conveniences. And it only took one camp meeting, the first one in 1869, to discover that October was not ideal camping weather – after that, Minnesota camp meetings were always held in the summer months! Also, there were some who were not able to travel by rail either due to the expense or because no rail was located close enough to their home. These often came by covered wagon and then camped in the wagon at the camp meeting – similar to our modern-day Winnebagos! In 1878, it was reported that Bro. Harlow, seventy-six years old, drove his team three hundred miles, from some place in Dakota! Talk about dedication!

But, with experience, camp meeting committees learned how to deal with the obstacles and they created a list of needs for camp meeting locations. First of course, was the need to be close to a railroad – this need existed well into the 1900s. The railroads often gave reduced fares, such reduction usually being given for the fares back home – return trips sometimes even being free. It was also found important to be close to a city for transportation and to enable walking on foot to and from the city if campers should need supplies.

At the beginning, SDA camp meetings were of an evangelistic nature and it was felt that it was important to move the camp meeting from one place to another each year so as to expose various areas of the state to the Adventist message. Over the decades, however, the annual meetings gradually became more focused on nurturing SDA members and so it was eventually determined that it was not needful to move the meetings about – thus, saving considerable expense by not needing to move camp meeting supplies from one place to another. Thus, you may note that towards the end of the 1800’s, camp meetings started to gravitate more towards the Minneapolis-St. Paul area – for one thing, in addition to the rail system, the Twin Cities had a fantastic street car line. (Read about the street car lines at the Minnesota Streetcar Museum.) http://www.trolleyride.org.  Still, occasionally, camp meetings were held in other areas in an attempt to alleviate the burden of traveling from one part of the state or another, but after a year or two, it would end up back in the Minneapolis-St. Paul area again. For over 50 years, camp meetings moved about the state before the annual gathering was finally permanently settled on the Anoka campground.

Another one of the important qualifications for a camp meeting site was that it needed to have a lake or river nearby for baptisms. Baptisms were common at camp meeting and such events could have well over one hundred baptismal candidates! One such event was reported in the R&H, July 10, 1879,

“Some of them came up out of the water with waving hands, triumphant voices, and glad faces. Among them was a lady nearly sixty years of age, in poor health, who had traveled over ninety miles in a farm wagon, with her son and daughter, to attend the meeting. Her children had recently embraced the truth; but she had never heard our faith preached before. She seemed to be ready to embrace the truth as soon as she heard it; left her pipe on the camp-ground, and went home rejoicing …”

Well-planned camp meetings were a time of refreshing for all who attended. Speakers brought words of inspiration to the campers, encouraging all to gain a stronger walk with God. James and Ellen White were present and spoke at the first Minnesota camp meeting in 1869 as they did for many subsequent meetings thereafter. Often they were joined by pillars of the church such as Uriah Smith and J. N. Andrews. Meetings were often held in a variety of languages – in 1884, it was noted that meetings were held in four different languages, English, Danish, Swedish, and German. Scandinavian meetings continued to held in separate tents into the 1950’s. In the earliest days, meetings were evangelistic in nature, but with time, they changed to be more of a nature to educate, train, and encourage members. Surprisingly, the first camp meeting in 1869, specifically requested that children not attend! This quickly changed, however, and soon there was an abundance of excellent services for the children and youth.

Congregations were touched by the words presented and a spirit of contrition and love for one another was usually present. It is interesting to note that quite often, the Minnesota Adventists were commended for their Godly spirit and were noted as being a proper example to other state conferences. It is heart-warming to know that this spirit of Godliness was evident outside of the Adventist culture. In 1878, when camp meeting was held in Hutchinson, the county paper gave the following unsolicited commendation of Seventh-day Adventists:

“Whatever may be thought of some of the peculiar tenets of this denomination of Christians, it is generally admitted that the system makes its followers honest, and wiser and better people.”

This spirit of dedication in the Minnesotans, was usually manifested in their financial generosity to God’s work – this even despite serious financial setbacks such as the grasshopper plagues. Even in the first decades of camp meetings, thousands of dollars would be given in meetings – such sums being extraordinarily large for that era. Often, offerings would totally cover expenses and leave excesses that could be used for work in other states. When you combine the financial support provided by the Minnesotans with the support they provided in sending out missionaries, ministers, healthcare workers, etc. to areas outside of their state, it is evident that Minnesota played a very integral part in furthering the Adventist message – not only in our nation, but also around the world! Certainly camp meetings were an integral part of preparing Minnesotan Adventists for their mission.

Through the years, the qualifications for camp meetings changed from the requirements of the early years (needing a railroad nearby or having sufficient straw on hand to stuff mattress ticks) to new needs (such as having a site with electric street lights and streetcars). However, at all times, the ultimate desire of the campers was to hear the word of God preached, to learn about the progress of God’s work, and to renew old acquaintances – in this they were never disappointed for they always came away feeling refreshed and encouraged. Each camp meeting seems to be reported as “the best we have ever had in Minnesota!” For a century and a half, Minnesotans have come away from camp meeting feeling refreshed and encouraged in their daily walk with God – and …