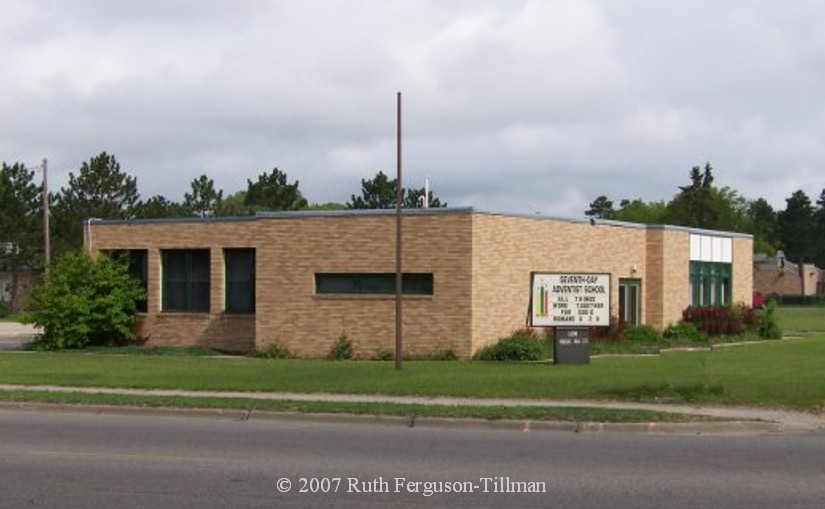 As the Bemidji Seventh-day Adventist Church rapidly grew from it’s humble beginnings, Christian education became an important priority for the members.  In 1920, a church school was started with Petrina Ruskjer (Larson) as the teacher of 10 students.  The school met in the teacher’s home on Delton and 17th Street.  This school continued to operate until 1936 when it was closed.  In 1950 a school was again opened, this time in the church basement at 9th and America with 17 students and Ramona Roberts-Larsen as teacher.  The church school continued there until 1956.  On April 23, 1955, the church voted to build a school on Delton Avenue and the new school was ready by September 1956.  An addition was later made to the school to accommodate the expanding number of pupils – the Review and Herald reported a ground-breaking for the addition on May 5, 1971 for a $22,000 addition of a 38 x 60 foot addition.  For a number of years a 9 grade (1-9), 3 teacher school was maintained with the Northome church lending additional support and students.  The school operated until 2002 when it was closed and eventually sold (the structure is no longer standing).

Faculty:
(Please report any errors to the website editor here)